Epik will provide registrar services but not content delivery. CEO Monster says, “Their community grew and their moderation skills did not.” 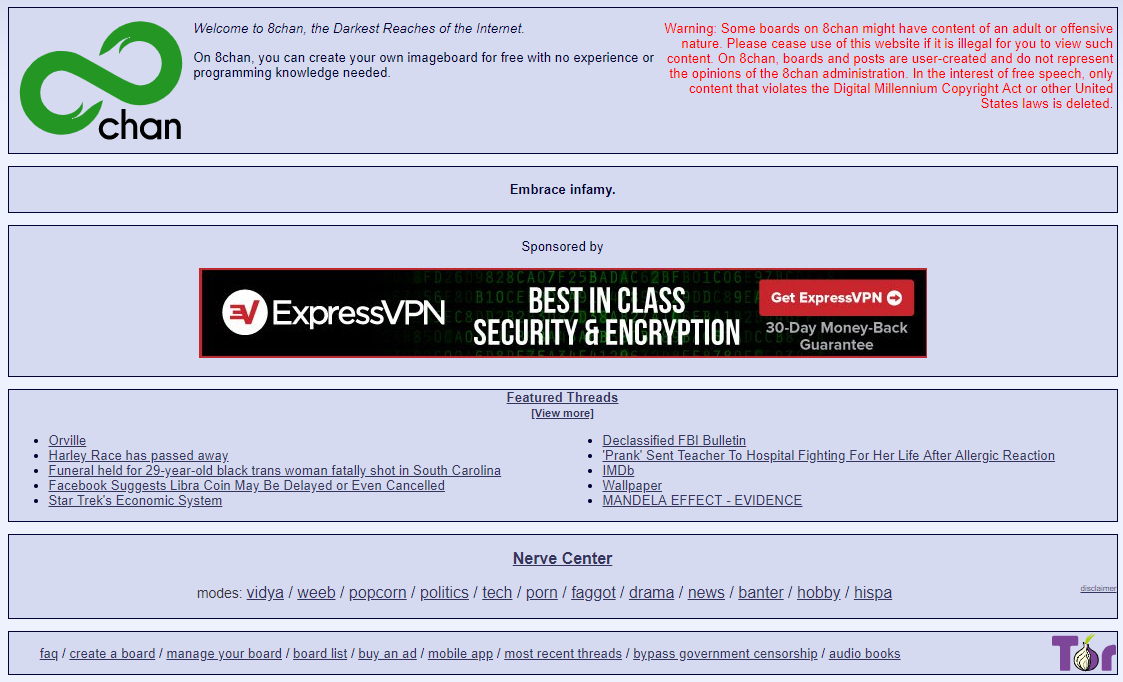 A screenshot of 8ch.net, the 8chan website, on August 3. As captured by Archive.org. Further down the page are deragotry threads about black people and Jewish people, among others.

Domain name registrar Epik has issued an update on providing services to 8chan.

8chan came under fire after the shooting in El Paso this weekend. The site operator moved the domain to Epik, a registrar which has welcomed domain names for other controversial websites such as Gab.

Epik CEO Rob Monster told Domain Name Wire yesterday that it had not solicited 8chan’s business. He also said that the company had not made a decision on whether it should provide content delivery services and DDoS mitigation to the site.

Then Epik’s upstream provider for these services, Voxility, pulled the plug. This caused Epik to scramble to replace Voxility.

Today, the company said it will not provide content delivery services to 8chan. Here’s the company’s statement about this:

Upon careful consideration of the recent operating history of 8Chan, and in the wake of tragic news in El Paso and Dayton over the weekend, Epik has elected to not provide content delivery services to 8Chan. This is largely due to the concern of inadequate enforcement and the elevated possibility of violent radicalization on the platform.

How much of this decision was Epik’s as opposed to finding a backend provider for its services is not clear. Perhaps Voxility just forced its hand. Monster elaborated on the official statement in a message to Domain Name Wire:

The issue is that their community grew and their moderation skills did not. This was neglect, and like a neglected building it eventually became a menace to itself.

Monster told Domain Name Wire that his company will continue to provide registrar services to 8chan.