ICANN responds to (some) questions about why it decided to remove price controls. 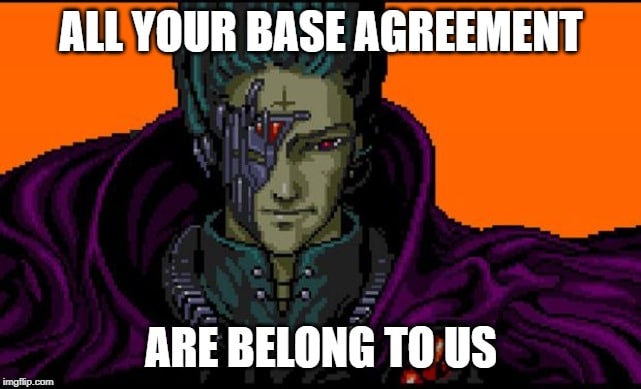 Cyrus Namazi, Senior Vice-President Global Domains Division, has responded (pdf). What he said is what many people feared when the ICANN community worked on a base agreement for new top level domain names: it is being used as the foundation for all top level domains, not just the new ones.

I recall people specifically warning against this during new top level domain discussions. They pointed out that new TLDs are being introduced in a different market and by different rules than legacy top level domains and that it was important to draw a distinction between the two.

The Base RA was developed to support the new generic top-level domains (gTLDs) being created through the 2012 New gTLD Program. It was developed through the bottom-up multistakeholder process including multiple rounds of public comment and aligns with the underlying Generic Names Supporting Organization’s (GNSO’s) policy recommendations for new gTLDs. Established in 2013, the Base RA now applies to over 1,200 gTLDs. The ICANN org has consistently used the Base RA as the starting point for discussions with legacy gTLD operators about renewing their Registry Agreements. The Base RA provides additional safeguards and security and stability requirements compared to legacy agreements. Since 2014, several legacy gTLDs have renewed their agreements adopting the Base RA: cat, .jobs, .mobi, .pro, .tel, .travel, and most recently, .asia, .biz, .info, and .org.

Had the community discussions when formulating the new TLD base agreement earlier this decade  been about creating a new agreement that applied to all top level domains, I can assure you the results would have been very different.

Namazi’s response also includes ICANN’s common refrain about price increases: that registrants can renew for ten years at today’s prices if an increase is announced.

Great, but who is around ten years from now to handle the complaints from registrants?

Or, who handles the complaints from registrants who didn’t know about the price increase? Sure, the registry gave notice to the registrars, but did the registrant ever find out?

Cyrus’ response is in paragraph form and does not explicitly answer all of Internet Commerce Association’s numbered questions.

ICANN will have to provide more answers in response to a Request for Reconsideration filed by domain registrar Namecheap.