The vaping company lost a challenge to a website reselling its products. 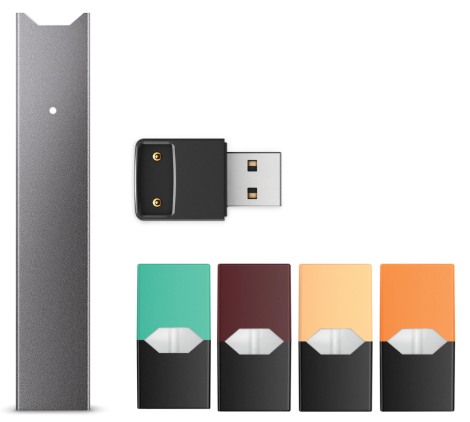 JUUL failed to take down a site that resells its products. Picture from Juul.com.

JUUL Labs, Inc., which manufactures and markets vapor nicotine products, has lost a cybersquatting dispute it brought against a company that sells Juul products at BuyJuul.com.

It filed the case with National Arbitration Forum and the majority of the panel found in the Respondent’s favor.

The case is interesting for two reasons.

First is the question of using a trademarked name in a domain name when a company resells the trademark owner’s product. In this case, site owner Direct Eliquid LLC is not an authorized reseller of Juul. Instead, it says it buys its products from an authorized distributor and resells them online.

Writing about such cases, the panel notes:

Juul claimed that the website was selling “unauthorized” or counterfeit versions of its product. It also claimed that it might be a phishing site that doesn’t actually sell products at all. But Juul provided no evidence of this and the domain owner vehemently denied it.

Second, one of the three panelists wrote an odd dissenting opinion. He seemed to take issue with how prominent the site’s disclaimer about its relationship with Juul Labs should be displayed. That may be OK, but the end of his complaint is not:

Finally, I note that the Respondent is not re-selling harmless consumer products. The Respondent is re-selling the highly addictive nicotine drug. Although I would find the Respondent’s disclaimer inadequate for any re-seller’s website, an effective disclaimer is particularly imperative for consumers to make informed judgments as to the risks associated with making purchases from non-authorized merchants of addictive products.

The majority of the panel pointed out that this is not an acceptable position for a UDRP panelist to take:

Our dissenting colleague’s concern for the health of the consumers of the Complainant’s products is shared by the Majority. However, at this time, such products are legal to be sold anywhere in the U.S. (except San Francisco[i] and Livermore, CA, so far) and the parties’ sites appear to comply with current FDA rules regarding nicotine addiction warnings. A UDRP Panel is not empowered to make moral, medical, scientific, political judgments regarding legal goods or services.

The majority also pointed out that Juul has been running full-page ads in the New York Times with tiny disclosures that it paid for the ads, which is a bit ironic.