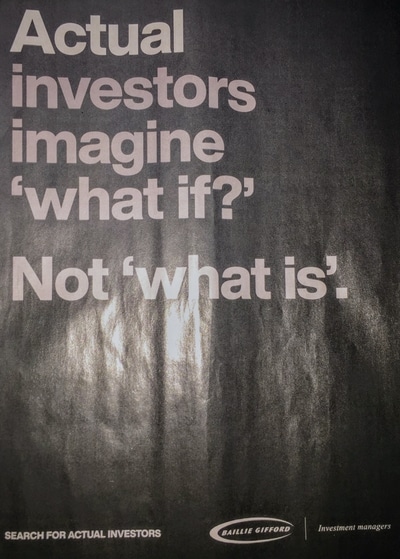 An ad in The Economist asks people to search rather than go to a website.

It’s not every day that an ad asks people to go to Google rather than directly to the advertiser’s website.

But that’s what Baillie Gifford investment managers does in a new ad campaign. The photo above is from the campaign in The Economist.

You’ll notice the call-to-action in small print in the lower left.

Sending people to search engines is common in Japan, but it’s a risky move for an international campaign.