Here’s why domain investors got subpoena notices from Enom. 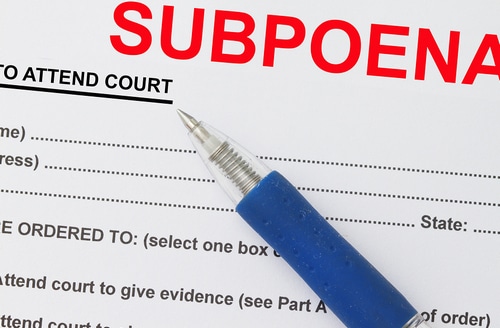 There’s been a lot of talk in domain circles today about subpoena notices for domains at Enom.

The subpoena stems from a lawsuit that Scratch Foundation, a non-profit created at MIT, filed against the domain name Scratch.org.

Scratch Foundation filed the case as in rem (meaning against the domain), but Ravi Lahoti stepped forward as the owner. Lahoti says he’s owned the domain name since 1998. DomainTools historical Whois records seem to corroborate his story, at least until Scratch Foundation was formed, although the domain has bounced around different entities/privacy services.

This brings us to the subpoena, which you can view here (pdf). Attorney David Weslow, who is representing Scratch Foundation, asked Enom for a list of Lahoti’s domains. The original subpoena was quite a bit broader than that, but these things are often narrowed between the lawyer and recipient. Regardless, Enom has apparently notified anyone who owns a domain that was at any point tied to Lahoti.

It seems that Weslow is trying to paint Lahoti as a serial cybersquatter.

Indeed, in a recent order (pdf), the judge wrote “Plaintiff has also brought various other anticybersquatting cases against Mr. Lahoti to the Court’s attention which demonstrate that Mr.
Lahoti is a notorious cybersquatter.”

Whether or not Lahoti is a notorious cybersquatter shouldn’t matter on the claim under the Anticybersquatting Consumer Protection Act so long as Lahoti proves that he owned the domain before Scratch Foundation had rights in the mark. This seems like it will be easy to do.

There’s a lesson here involving in rem lawsuits. Lahoti asked the court to name Lahoti as the defendant instead of in rem. This might make it easier to defend but also opens him up to personal liability. The court denied this request on the basis that Lahoti didn’t object early enough to in rem jurisdiction.