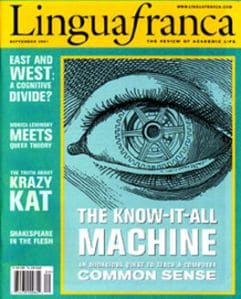 A blast from the past for academics.

The Chronicle of Higher Education, a publication covering academia, has successfully defended the domain name LinguaFranca.com in cybersquatting dispute.

Lingua Franca was a competitor that went bankrupt. In 2002, The Chronicle for Higher Education acquired rights to Lingua Franca and its trademark through the bankruptcy court. Since then, it has forwarded the domain to its website.

Enter John Summers, a man who wants to relaunch the publication. He obtained a U.S. trademark registration for the term and wants the domain name.

He tried to buy the domain from The Chronicle for $100 but was rebuffed. So he filed a cybersquatting complaint under the Uniform Domain Name Dispute Resolution Policy (UDRP).

Summers apparently didn’t hire a lawyer to file the case, and it shows. Any good cybersquatting lawyer would have told him that he didn’t have a case. It’s clear that The Chronicle originally acquired the domain name in good faith. UDRP requires that the Complainant show that it was registered and used in bad faith.