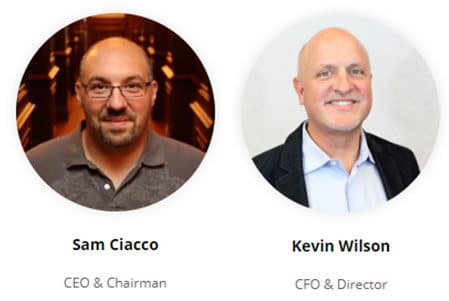 DigitalTown’s new management is trying to clean up an ugly balance sheet.

DigitalTown (OTC: DGTW), a company that has tried many business models and owns a lot of domains under new top level domains, is hanging by a thread.

Last month the company named Sam Ciacco as the new CEO and former ICANN CFO Kevin Wilson as CFO. I’m surprised anyone would take these roles as there’s a lot to clean up, and the payoff isn’t clear to me.

In the release, the company admits it doesn’t have a viable revenue generation model and its goal right now is to merely remain SEC-compliant. It is borrowing money to pay for services required to remain compliant.

Much of DigitalTown’s revenue in the past was generated by weird new top level domain deals in which it booked revenue as marketing payments from registries but then agreed to register a certain number of domain names.

The company is trying to convert as much debt as possible into equity. Common shares last traded for five-ten-thousandths of a penny.

I imagine Ciacco and Wilson have to convince creditors that there’s some future business plan possible, or just explain that without converting, their debt is likely to go unpaid and push the company into bankruptcy.

Rob Monster, current CEO of domain name registrar Epik, was the CEO of DigitalTown from 2015 until stepping down in September last year.