WWW inventor discusses the web 30 years later, including his decision to operate it on the DNS. 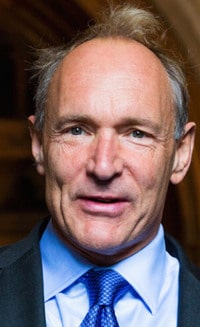 The inventor of the World Wide Web must sigh a lot.

Speaking to The Guardian on the 30th anniversary of the World Wide Web, Tim Berners-Lee said:

Berners-Lee told the Guardian that it’s a minor regret that came from his decision to build on top of the domain name system.

You wanted a name for your website, you’d go and ask [American computer scientist] Jon Postel, you know, back in the day, and he would give you a name….

…At the time that seemed like a good idea, but it relied on it being managed benevolently…There are plenty of domain names to go around, but the way people have invested, in buying up domains that they think entrepreneurs or organisations will use – even trying to build AI that would guess what names people will want for their organisations, grabbing the domain name and then selling it to them for a ridiculous amount of money – that’s a breakage.

I’m sure Berners-Lee didn’t foresee this, but I’m also curious how he would have done it differently if he could go back in time. It’s also worth noting that there are many available domain names available across over 1,000 top level domains, so there’s no real shortage of web addresses that are freely available to register.

Berners-Lee also laments the creation of walled gardens such as apps and Facebook. They use the web platform, but web addresses are the key:

“So there’s web technology inside, but what we’re saying is if, from the user’s point of view, there’s no URL, then we’ve lost.”