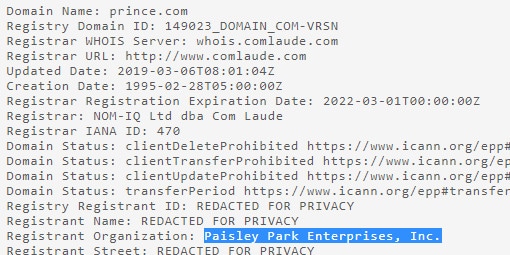 The estate of late musician Prince (or whatever he was finally called) now owns the domain name Prince.com.

The parties settled in January and there was an escrow agreement involved. This suggests that Domain Capital agreed to transfer the domain name in return for a cash payment.

As of yesterday, the domain name is at brand protection registrar Com Laude and shows that Paisley Park Enterprises, Inc. is the owner. The domain name does not resolve to a website.