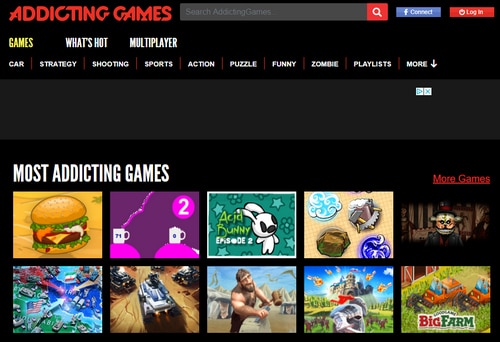 The lawsuit points out that almost all the pay-per-click links on Addicting.com, which is parked at Uniregistry, are related to games. The first link is “Addicting Games”.

One big question is when the current owner of the domain acquired it.

Sea Wasp, LLC is just the business name for Fabulous, so the registrar didn’t actually change.

The Whois record is private going back to the end of 2011.

From at least as early as 2004 until the record was private, the domain was owned by a registrant in Vietnam. The domain has been parked with Uniregistry since at least 2013. So I suspect that there was not an ownership change this year, although it’s possible.

There’s a chance that the domain is currently owned by the same entity that owned it since at least 2004, which is before Addicting Games existed.

That said, the links on the parked page (which have been there since at least 2013) are definitely problematic and could present a trademark problem for the domain owner.

It will be interesting to see if the owner of Addicting.com defends the domain name in court.