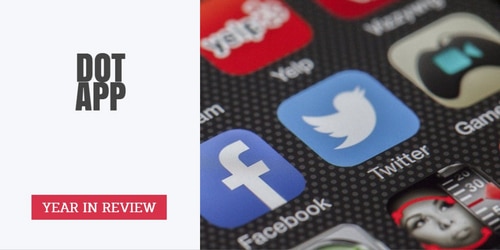 It’s been a while since a top level domain name launch caught mainstream attention but Google’s (NASDAQ: GOOGL) launch of .App made waves in 2018.

People registered 7,500 domains during early access. Over 100,000 domains were registered within a day of general availability in May. As of the end of the year, there were over 350,000 registrations.

All of this happened despite two potential roadblocks to registering .app domains. First, there was no heavy discounting. Second, an SSL certificate is required to use a .app domain name.

The SSL is required because .app is on the HSTS preload list. This makes it tricky to park .app domains, but some people came up with solutions to this.

Buying an existing .app domain can be tricky, too. Even before GDPR took effect Google had already obscured Whois records, making it impossible to figure out who owns a .app domain.

It will be interesting to see what happens when Google launches .Dev in early 2019.