Glenn Stokes registered Plants.com in 1995 for his tropical plants website. 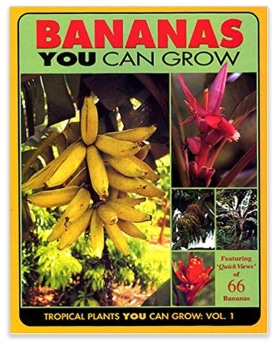 Glenn Stokes literally wrote the book on bananas. He just sold Plants.com for $450,000.

Glenn Stokes is an expert in tropical plants. He has traveled to all seven continents and presented across Europe, Asia and Africa. Stokes has named about 40 different plants and introduced a lot of plants to the United States. He’s even written a book about bananas. Yes, all about bananas.

In the 1990s Stokes, the proprietor of a Louisiana business called Stokes Tropicals, set out to create a website selling tropical plants. He wanted every plant to be photographed and include a common name, not just a scientific one. He created the first catalog and website to do this.

“The internet was a very primitive environment back then,” Stokes said. “The internet got started and we had to come up with a website, so I hired a college student and he just worked part-time to create something.”

Of course, that something had to have a domain name.

“At that time web names weren’t even fashionable,” he explained. “Everyone was picking out what they wanted. Cars.com, you know, generics. I figured the best thing for us was Plants.com.”

Domain names became very fashionable after that as the dot.com bubble grew. Stokes turned down multiple offers for Plants.com. Then the bubble burst.

Fast forward to this year. 23 years after Stokes registered Plants.com, Stokes worked with Dave Evanson at Sedo and agreed to sell the domain to 1-800-Flowers.com for $450,000.

During the dot.com bubble, he received offers for more than twice that amount. But Stokes pointed out that many generic category domains were selling for two or three times that much back then so it was possible to turn down the offers.

The timing of Sedo’s overture was fortunate. After decades in the business, Stokes is getting out of the nursery business because of changes in the tropical plant business. He will continue to do landscaping.

Stokes would also like to sell StokesTropicals.com because he no longer needs it. He said the name recognition of Stokes in the tropicals space could help another company.

While Stoke’s tropical plant nursery won’t live on, Plants.com will as a new website.