DataRecovery.com president Benjamin Carmitchel says his big domain purchase was worth it. 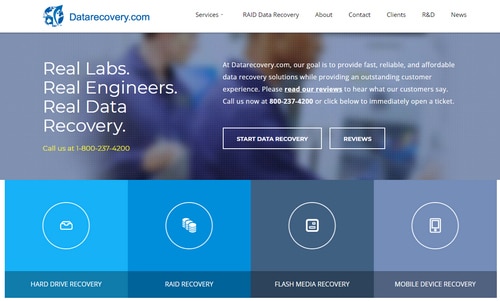 In 2008, ESS Data Recovery bought the domain name DataRecovery.com from Associated Computers, Inc. of Minnesota for $1.659 million. I recently caught up with company president Benjamin Carmitchel to find out how the deal played out now that he has ten years of experience with the domain.

The company formally changed its name from ESS Data Recovery to DataRecovery.com, Inc. after acquiring the domain name, making it easier for customers to remember its name.

“Before we bought the domain name we were spending a quarter of a million to half of a million a year in advertising on things like Google Adwords and print ads,” Carmitchel said. Now the company has eliminated almost all of its advertising because it’s so busy.

Carmitchel attributes a lot of the success to the domain name.

“It’s the domain name along with building a reputation around that,” he said. “It helped distinguish our company. At the time there were only four other data recovery companies in the United States. As time went on, now there’s probably thousands so it really distinguishes us.”

The seller financed the purchase of the domain name so DataRecovery.com, Inc. has been paying for it over the past ten years. The monthly payment was like an advertising cost to the company. The domain is finally paid off and Carmitchel has a great domain name that will continue to pay dividends for years to come.