Google News is the bogeyman of many publishers, but it shouldn’t be. 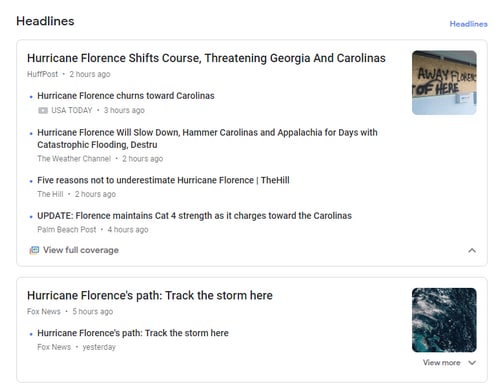 The European Union is at it again, trying to muck up the web with new regulations.

As an online publisher, I’m certainly frustrated by copyright infringement. But the EU’s rules are designed more to attack innovative internet companies.

One particularly controversial rule is dubbed the “link tax”. It seems squarely aimed at Google News and would charge Google for including a snippet from news stories in Google News.

For small publishers like me, Google News is a savior. It helps surface my stories to a large audience including many other journalists who sometimes pick up my stories and link to them. The idea of charging Google to send me traffic is asinine.

Big publications might be frustrated that people treat Google News as their news destination rather than going directly to the news site’s homepage. But there are huge societal benefits to this. I get much more diverse viewpoints on Google News than I do on a news site, whether that’s MSNBC or Fox News.

What happens when a “link tax” gets applied in a country? Google News shuts down, hurting many publishers.

The EU’s rules will probably hurt all publishers, but they will particularly impact small publishers. It’s the upstarts that should be protected, not the dinosaurs.