Another example of a UDRP case gone wrong that might have gone the other way with different arguments. 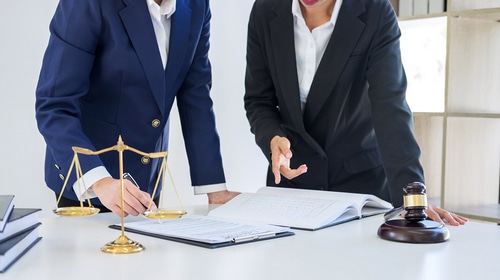 “Maybe we should read Gerald Levine’s book about UDRP before filing.”

Would you hire a personal injury lawyer to file a trademark application? I hope not. You should hire an attorney who specializes in trademarks.

When it comes to cybersquatting claims, it’s important to hire someone who has direct experience with the Uniform Domain Name Dispute Resolution Policy. It’s not enough to even hire an intellectual property or trademark specialist.

There’s a lot of nuance to UDRP, and if you hire someone who’s not an expert in cybersquatting, your results will vary. You’ll also likely pay that person to research stuff that other lawyers already know.

I was reminded of this in a case just decided at National Arbitration Forum. Geo Global Partners, LLC failed to win its case against Gardenique.com, and it’s possible the outcome would have been different if the case was argued differently.

The case mostly hinged on dates. The domain was registered in 1996. Geo Global Partners’ attorney tried to argue common law rights but not did make arguments sufficient enough to qualify in a UDRP case. Furthermore, even the common law rights claimed were after 1996.

Here’s the thing: based on historical Whois records at DomainTools, it appears the current owner of the domain acquired it in late 2016 or early 2017. That changes things.

Perhaps the Complainant still would have lost for other reasons. But it’s a reminder that you should hire counsel that is experienced with the type of proceedings you are filing. Someone who has filed or defended many cases and has read many more to understand the nuance of these cases.