Fitness website for pilots tries to get the .net to match its .com but is found guilty of reverse domain name hijacking instead. 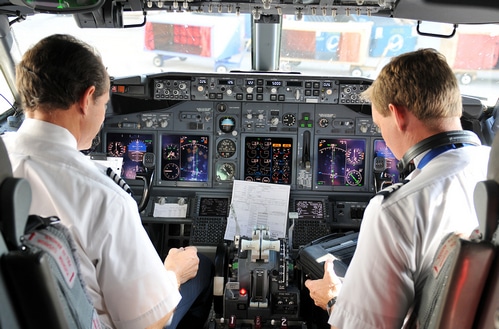 “Do you think we should hijack this domain name?”

Pilot Fitness, LLC, a company that helps traveling professionals stay fit, has been found to have engaged in reverse domain name hijacking over the domain name PilotFitness.net. The company uses PilotFitness.com for its website.

PilotFitness.net is owned by a pilot who teaches fitness. He has forwarded the domain name to his website since at least 2013 (based on Archive.org) and registered the domain in 2012. Pilot Fitness, LLC bought its domain name sometime later through HugeDomains.

PilotFitness, LLC has a stylized trademark for a logo “Pilot Fitness Elevate Your Health”.

Panelist Neil Anthony Brown found that the domain name was not confusing similar to this mark, and the Pilot Fitness part was descriptive.

He also determined that the Complainant didn’t even make a prima facie case against the domain name owner that he lacks rights or legitimate interests. Brown noted:

The term used is essentially generic or descriptive, being made up of two generic words with widely understood meanings over which no-one has an exclusive entitlement and they have, on the unchallenged evidence, been used by Respondent on his website within their generic meaning, namely to offer services relating to the fitness of aircraft pilots and others who may want the same standard of fitness services. Indeed, the totality of the evidence shows that it is extremely unlikely that Respondent used the words because they were in Complainant’s trademark or that he even knew of the existence of Complainant, its business or its trademark at the time he registered the domain name. After all, he registered his domain name before Complainant came into existence and, consequently, before Complainant applied for or registered its trademark.

This is a rare trifecta reverse domain name hijacking case in which the complainant not only failed on all three elements of UDRP, but failed to even make a prima facie case on the rights or legitimate interests prong.