Someone took a bath on this domain name. 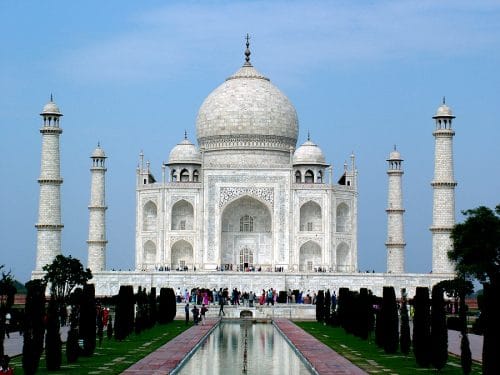 TajMahal.com has been passed around many times. According to DomainTools historical Whois, Internet REIT acquired the domain in 2007. It sold the domain to Daniel Negari’s Cyber2Media in 2008. The domain went under Whois privacy just before the 2009 sale for $50,000, so it was either Negari’s company that sold it for $50,000 or someone made a quick flip.

It’s been under Whois privacy ever since, so it’s possible the 2009 buyer took a $20,000 bath. It’s also possible they sold it to someone else.

While many domains like this have dropped in value over the past ten years, a Domain Name Wire reader pointed out that there’s a bit of controversy around the name Taj Mahal and a push to change the name. According to this BBC fact check, it’s a right-wing push based on Hindu nationalism. I can’t tell how serious it is, but from what I’ve read it seems unlikely the name will change.

Nonetheless, location and tourism names can be affected by external forces. I bought EgyptianPyramids.com before the unrest in Egypt; I have no doubt its value was negatively impacted by a decline in tourism to Egypt.