Bezsonoff will take over for Sean Kaine. 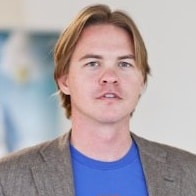 Bezsonoff was co-founder and Chief Operating Officer of .co, which Neustar acquired in 2014. His previous role at Neustar was VP and GM of Security Solutions.

He’ll replace Sean Kaine, who is leaving the company in a few months.

Neustar’s top level domain business took a big loss last month when Afilias won a contract to take over the .au domain name that a Neustar company has been operating for 15 years. There are about 3 million .au domains under management.

The company’s domain registry focus lately has been on getting companies excited about applying for .brand domain names in the next round of top level domain expansion.