Company that uses the domain name WeedsInc.com files lawsuit in an effort to get Weeds.com. 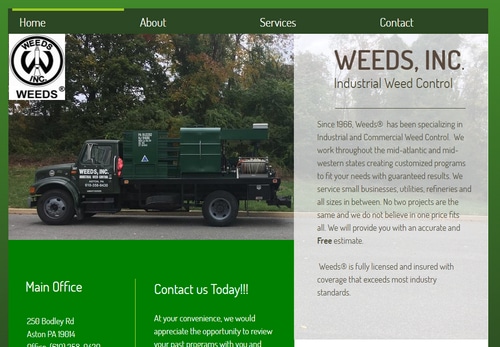 Weeds, Inc. wants to upgrade its domain name from WeedsInc.com to Weeds.com. It filed a UDRP and the a lawsuit.

A weed control company has filed a lawsuit (pdf) claiming that Innovation HQ is cybersquatting with its ownership of the Weeds.com domain name.

Weeds, Inc. provides commercial and industrial weed control in the mid-atlantic and mid-western states. It uses the domain name WeedsInc.com.

It filed a UDRP with World Intellectual Property Organization back in July. That case has not been decided yet, but the company decided to go ahead and file a lawsuit anyway. It’s interesting that it filed a lawsuit before the UDRP was determined. It could be because the act of filing a UDRP resulted in GoDaddy removing the Whois proxy. It could also be because it’s concerned it will lose the UDRP.

You might be scratching your head wondering how a company in the weed control business got a trademark for the term “weeds”. I know I certainly was.

The company filed a trademark application in 2005. The U.S. Patent and Trademark Office sent a refusal notice on the grounds that it was merely descriptive.

Weeds, Inc. responded by pointing to litigation it filed against a competing company. It argued that “weeds” was suggestive, not descriptive, much in the way that “Staples” is suggestive of a store that sells staples. Of course, Staples sells a lot more than staples.

The parked page at Weeds.com includes search terms that you’d expect to find there…”horticulture”, “gardening” and more. Weeds.com was registered in 1998.

The oldest DomainTools historical Whois record for the domain shows Innovation HQ as the owner.

I have a feeling this is going to end up being an expensive lawsuit for Weeds, Inc.