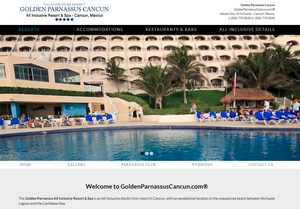 The UDRP filings missed several critical details and failed to disclose a 10+ year relationship between the complainants and the domain owner. It turns out that the Florida company has a long-running business deal to wholesale vacation packages to the resorts. It has even received the resort owner’s approval for changes to websites on the domains at issue.

Although the domain owner didn’t ask for a finding of RDNH, the panel considered it anyway and determined that the filing was made in bad faith:

After reviewing all the evidence, the Panel has come to the conclusion that the Complainant has failed to disclose a number of material facts, including the existence of the long standing business relationship between the parties and the specific facts recited in this decision at paragraph 6.B, which were critical to the Panel’s finding that Respondent holds legitimate rights and interests in the disputed domain names, and which were obviously known to the Complainants before they began these proceedings. In these circumstances, the filing of the Complaint represents an abuse of process which the Panel finds entirely unacceptable. Accordingly, the Panel finds that the Complainants have engaged in reverse domain name hijacking.