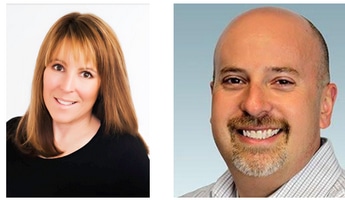 Elisa Cooper and Matt Serlin joined the company that was founded by Phil Lodico earlier this year. It is officially launching its website today.

Both Cooper and Serlin are well known in the domain name and ICANN communities. Cooper left MarkMonitor in 2015 and joined intellectual property company Lecorpio. Lecorpio justed merged with IP firm Anaqua, so Cooper made the move to Brandsight. Serlin’s name is well known because he was listed as the contact on about 35,000 domain names that MarkMonitor registered on behalf of clients that wished to remain anonymous. He left MarkMonitor earlier this year.