WIPO panelist says domain should be transferred to competitor in India. 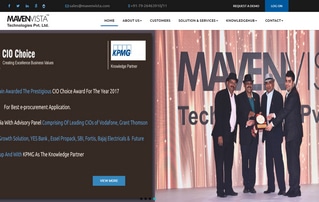 SAP Ariba did not respond to the dispute and likely isn’t aware of it. It has a short time to appeal the decision via the courts or the domain will be transferred.

The Indian company has a trademark in India for “The Future of Procurement”.

Ariba registered the domain the year after the registration date of the trademark and forwards the domain to a page with a whitepaper called Vision 2020: The Future of Procurement.

Since SAP Ariba didn’t respond, I won’t hold it against the panelist for not recognizing that the domain is registered by a large company with a $120 billion market cap. And being large doesn’t mean you can do whatever you want.

But despite the non-response, how can a panelist go to the domain name, see the whitepaper and say the company doesn’t have legitimate interests in it?

If anything, this is a trademark dispute, not a cybersquatting dispute. But panelist Dr. Clive N.A. Trotman wrote:

The Panel is satisfied that the use of the disputed domain name, irrespective of its redirection by the Respondent, is not a bona fide use within the meaning of paragraph 4(c)(i) of the Policy, because business intended to be channelled through the disputed domain name would rely upon the latter’s emulation of the Complainant’s trademark.

Trotman was also swayed by a phone number for SAP in India on the Ariba.com page to which the domain forwards. This might have shown up to visitors in India, but not to people elsewhere in the world.