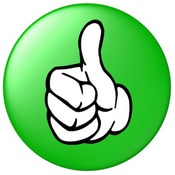 Yesterday I wrote about a a no good, very bad UDRP decision in which the domain owner didn’t respond but the panelist still shouldn’t have awarded the domain name to the complainant, Virgin.

Today comes a World Intellectual Property Organization decision with a non-response in which the panelist correctly denied the complaint.

We don’t know much about the domain owner, which didn’t respond to the dispute. But we do know that its name in Whois is Opus Group LLC, and Opus Group AB didn’t provide any evidence that this isn’t the actual registrant’s name.

That needed to be addressed because a company named Opus Group LLC would presumably have rights or a legitimate interest in the domain name OpusGroup.com.

Panelist Ian Lowe called the complainant on this. He also determined:

It’s easy for a panelist to rubber stamp a complaint in which the domain owner doesn’t respond. Kudos to Ian Lowe for making the right decision in this case.

(The complainant also lost a case for Opus.group that is owned by a different group.)