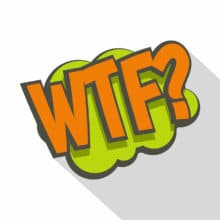 A World Intellectual Property panelist has found Anyclean Premium Limited guilty of reverse domain name hijacking in one of the most baffling and misleading UDRP cases I’ve ever read.

Anyclean runs a cleaning service and uses the website AnyClean.co.uk. The domain name at issue is Any-Clean.com, which is owned by Jethro Denahy and used to promote another cleaning service.

Before I get into the claims that Anyclean Premium made, I need to point out who represented the firm. You’re going to be so shocked by the claims made in this case that you’ll assume the complainant either represented itself or hired an ambulance chaser to represent it.

But the complainant was represented by Bromhead Johnson, a firm that focuses only on IP matters. In fact, its domain name is intellectual-property.uk.

Here are some of the claims Bromhead Johnson made with its client:

Any-Clean.com was being used as a PPC site linking to products competitive with the complainant.

Where in the world did they get this idea? Here’s what is on the website: 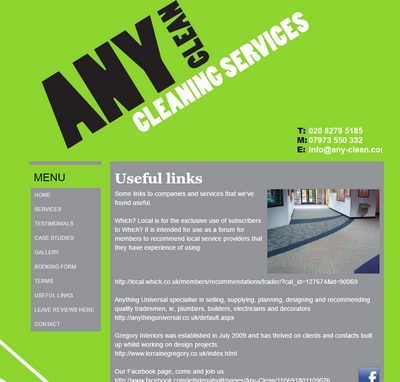 it is highly likely that the domain name was registered or acquired by the Respondent in order to prevent the Claimant from using its mark in a corresponding domain name. The Respondent has engaged in such conduct previously, as shown in WIPO administrative panel decision, IndusInd Bank Limited v. DomainCA (Whois Protect Service) / Yungu Jo, WIPO Case No. D2014-0811

Um, take a look at the respondent in that previous case. WTF?

Some weird claim about results on the site “searched through the homepage”.

It’s difficult to describe what the complaint was trying to get across. Here’s what the panelist wrote about this:

The domain owner bought the domain in order to sell it to the complainant.

Again, take a look at how the domain is being used.

My first thought after reading this case was that surely it was an example of cut-and-paste lawyering gone horribly awry. But the complaint included printouts of some of the incredibly wrong assertions. So I honestly have no idea how this case was filed by IP lawyers. It makes no sense at all.