Domain name is one of 20,000 .city domains it registered. 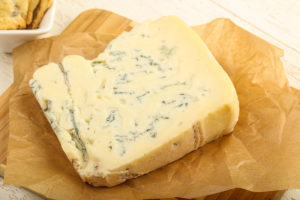 DigitalTown has successfully defended its domain name gorgonzola.city in a UDRP. The domain name is one of over 20,000 .city domain names that the company registered for its smart cities platform.

Consorzio per la Tutela del Formaggio Gorgonzola, which was formed to control the use of the GORGONZOLA trademark in relation to gorgonzola cheese, filed the complaint.

The panel found that the complainant failed to show a lack of rights or legitimate interests in DigitalTown’s registration of the domain name:

The panel declined to find reverse domain name hijacking, in part because the domain name was not being used in relation to the city at the time the complaint was filed.

It’s also noteworthy that the panel considered that the use of the .city top level domain supports the idea that the domain was registered in connection with the smart cities platform instead of to sell cheese.

DigitalTown is also currently defending the domain name Motul.city in a UDRP. The company is led by Rob Monster, who also founded domain name registrar and marketplace Epik.

Gorgonzola by DomainNameWire on Scribd