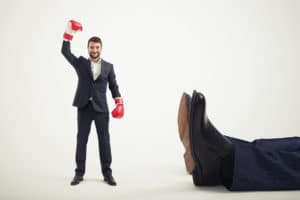 Verisign (NASDAQ:VRSN) has lost its appeal in its false advertising lawsuit against .XYZ and its founder, Daniel Negari.

Verisign, which runs the .com and .net namespaces, alleged in a lawsuit that Negari made false claims about registrations of .XYZ and that he caused harm by disparaging the availability of .com domain names.

The district court granted summary judgment in XYZ’s favor, holding that Verisign could not establish the elements of a Lanham Act claim. The appeals court affirmed the district court’s decision in an opinion (pdf) published today.

Claims about Success of .XYZ

The court determined that Verisign failed to produce the required evidence that it suffered actual injury as a direct result of XYZ’s self-promotion about .XYZ.

The crux of Verisign’s argument was that .XYZ actually gave away 375,000 .xyz domain names but included these in its registration numbers to show how successful it was. These 375,000 domains were part of a deal with Web.com in which Web.com gave a $3 million dollar advertising credit to XYZ and XYZ gave Web.com $3 million dollars’ worth of .xyz domain names. Web.com gave these domains to its customers.

To recover damages under the Lanham Act, Verisign had to show not only false advertising by XYZ but also that XYZ’s statements caused Verisign actual damages.

Verisign argued that XYZ’s promotion hurt its .net domain name and that the company lost $527,000 in profits as a result of .xyz registrations diverted from .net. The district court threw out Verisign’s expert witness analysis because the “methods…are questionable”, the “conclusions are not reliable” and because it didn’t distinguish between correlation and causation. The appeals court agreed:

That analysis suffers from what we have identified as a “fatal flaw” in calculating Lanham Act damages: It assumes rather than demonstrates that every .xyz registration during
the relevant time period was the result of XYZ’s allegedly false statements.

Verisign’s expert claimed that the statements caused a “gold rush” that led to additional .xyz registrations, but the court determined that she did not quantify the effect.

The court also observed that XYZ’s statements were limited in distribution and “had limited potential to influence the domain-name market, particularly at a time when hundreds of new top-level domains were clamoring for attention in a newly competitive market.”

Negari said that all of the good .com domains were taken and that 99% of all registrar searches today result in a “domain taken” page.

The appeals court determined that these were not considered false or misleading statements of fact under the Lanham Act.

Verisign conceded that the 99% number is literally true, but argued it was misleading because it contains the registration requests that drop catching registrars make to catch expiring domains.

The court noted that if “a statement is literally true but nevertheless misleading, then it is incumbent on the plaintiff to present ‘extrinsic evidence of consumer confusion’.”

Like the district court, we think that XYZ’s statements concerning the availability of desirable .com names constitute opinion or puffery, not statements of fact on which reasonable consumers could rely. XYZ’s YouTube video claim that it is “impossible to find the domain name that you want,” J.A. 527, we conclude, cannot be interpreted as a verifiable statement of objective fact…That is in part thanks to the indefinite nature of the referenced “you”: Whether an anonymous “you” can find the domain name of his or her choosing is not something that can be proven true or false…Instead, taken as a whole – with the exaggerated “impossible” and the implied supposition about what “you” might want – the statement conveys an opinion about consumer preferences, a blustery assertion of the subjective value (or lack thereof) of available .com names that qualifies as puffery, or some combination of the two.

Verisign harped on Negari’s claim in an interview that ““The only thing that’s left is something with a dash or maybe three dashes and a couple of numbers in it.”

The court noted that this sentence directly followed “[a]ll of the good real estate is taken.” It determined that reading the two sentences together, the overall message must be construed as one of subjective opinion:

The available .com names are not “good” because they involve dashes and numbers. And while Negari may have exaggerated when he said that the “only [.com names] left” are of the dashes and numbers variety, that is precisely the kind of puffery or bluster on which no reasonable consumer would rely…Particularly when it comes to spoken statements like Negari’s, which may be offered more casually than their written counterparts, we must take care not to label as “literally false” what really is no more than a colloquial exaggeration, readily understood as
such.

Intriguingly, Verisign argued that the impact of Negari’s statements should be measured based on the impact on domain name registrars, not consumers. The court noted:

Verisign has taken the position that in assessing the dissemination and impact of XYZ’s statements, the relevant market is not the general public but rather the registrars who purchase domain names and then resell them to end users. It strikes us as especially unlikely that these savvy industry players would construe XYZ’s claims about .com availability as factual
statements and rely on them accordingly.

Verisign appealed the District Court’s decision after XYZ asked for Verisign to pay legal fees related to the original case. The appeals court affirmation of the district court decision means the case should head back to that court to consider the monetary request.

That is…unless Verisign decides to use more of its huge cash pile to continue to hammer on .XYZ. Verisign could either file for a rehearing or appeal to Supreme Court.