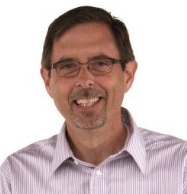 Rich Merdinger, a longtime GoDaddy employee who is currently VP of Domains for the company, has been named the interim chairman of The Domain Name Association. I reached out to Merdinger to learn more about why he took this role and DNA’s plans for the future.

DNW: Why is [former chair] Adrian Kinderis stepping down?

Merdinger: Adrian has served as the DNA Chairman since the founding of the DNA three years ago. He has done an outstanding job building a strong foundation and engaging membership input and support for the DNA. Under his leadership, the DNA has matured into a 46-member global organization. He recently sold his company, Bombora Technologies, and took on significant responsibilities within Neustar, the acquiring company. Together, we arrived at the conclusion that the time was right for a passing of the baton. I’m excited to accept the position as Interim Chairman given Adrian’s new role and responsibilities at Neustar. Fortunately, Adrian will join the DNA Board as Neustar’s representative meaning I’ll still be able to avail myself of his counsel and advice.

DNW: Do you expect to enact changes to DNA with you as the chair?

Merdinger: Expect the DNA to be more vocal in 2017 both in and outside the industry. We will be less introspective and more outspoken to promote and share the interests of our members beyond the walls of our own industry. This is a key objective for 2017. Another focus for the DNA is, what I call, the “Web of Identity”. A “Web of Identity” is created when a single company blends a combination of the various domain name types (gTLDs, ccTLDs, and vertically-oriented new gTLDs) for multiple strategic and tactical purposes. This represents a significant commercial opportunity for the domain name industry over the next 24 months.

DNW: I’ve viewed DNA as primarily an organization pushing new TLDs. What other work do you do?

Merdinger: It is true that the DNA was born out of the emergence of the new gTLD program. While there were many new extensions coming to the market, there were also other shifts: new Registry Operators and Registry Service Providers, innovative pricing paradigms, as well as new types of TLDs (e.g., Brand and Restricted TLDs). Being a representative of a Registrar, for me the DNA was never about pushing any specific type of TLD; it has always been about ensuring that our industry continues to develop and grow in an innovative but stable manner.

As Vice Chair of the DNA I helped create and launch the new vision for the DNA this fall. To that end, the DNA will sharpen its focus on the three main priorities of its vision: awareness, adoption and access. In 2017, we’ll create more awareness among marketing agencies and businesses about the use and value of blended branding strategies using both traditional extensions and new TLDs. Our second priority is to accelerate adoption through the sharing of information developed through independent research focused on the impact of domain names on organic search engine results and optimization. End users need to have access to empirical evidence-based facts about how their online identities will be treated in the online ecosystem.

Finally, the third priority revolves around access. Next year, we will launch a series of town hall sessions for members, policy organizations and other industry-related groups. These meetings will serve as a forum to highlight, discuss and solve important commercial issues in the domain name industry.

DNW: Last I heard there was no executive director working for DNA. Is that going to change?

Merdinger: I played a large part in that decision. Earlier this year it became clear that while the efforts of an Executive Director were valuable, the resources of the DNA were better spent on providing value for our membership and the industry rather than on internal support. I couldn’t justify a full-time position for this role. The Board reconsidered our options and are now working with an outstanding firm that provides, among other things, “virtual” executive director functions supporting our Board. For the foreseeable future we don’t see any change in the organizational structure of the DNA. The DNA has its mandates and has set its vision. We now need to execute.