People are getting creative with marijuana domain names as legalization spreads. 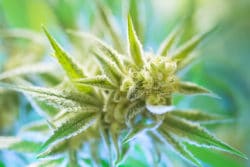 The real winner in Tuesday’s U.S. elections might have been marijuana.

So it’s only fitting that four terms for marijuana were trending in .com last month. By trending, I mean they saw the biggest spike in registrations over the prior month.

Cannabis saw the biggest spike according to .com registry Verisign. 2,157 .com domain names including the term were registered last month. Registrations include CannabisCropInsurance.com, HawaiiCannabisUnion.com and CannabisShake.com.

Marijuana was #2 on Verisign’s list with 1,651 .com registrations such as MarijuanaSafetyTest.com and MarijuanaLawFlorida.com.