Panelist wimps out on finding that complaint was RDNH. 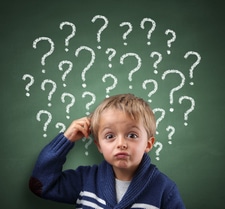 A National Arbitration Forum panelist has failed to make a ruling of reverse domain name hijacking in an egregious UDRP filing.

In other words, this case is dead on arrival because the domain name was clearly not registered in bad faith.

Panelist Antonina Pakharenko-Anderson, a managing partner at an intellectual property law firm, found that Yarlett did not show a lack of rights in the domain name, nor did he show bad faith registration. Yet she declined to find reverse domain name hijacking, ostensibly because the complainant just didn’t know any better.

…WIPO panels have found that the onus of proving complainant bad faith in such cases is generally on the respondent, whereby mere lack of success of the complaint is not itself sufficient for a finding of Reverse Domain Name Hijacking. (See WIPO Overview of WIPO Panel Views on Selected UDRP Questions, paragraph 4.17, and cases cited therein).
Another common feature of previous panel decisions is that there is a tendency to identify the bad faith requirement with the degree of the Complainant’s knowledge of its capability of meeting its burden of proof with regard to the mandatory elements of paragraph 4 of the Policy. For example, in carsales.com.au Limited v. Alton L. Flanders, WIPO Case No. D2004-0047, the Panel states that “a finding of reverse domain name hijacking is warranted if the Complainant knew or should have known at the time it filed the Complaint that it could not prove one of the essential elements required by the policy”.

However, it is important not to overemphasize the Complainant’s failure to prove the Complaint, to the detriment of the demonstration of bad faith that is the essence of paragraph 15(e). A complainant with a weak claim may present this complaint in good faith. Not succeeding in the complaint does not amount to an attempt at reverse domain name hijacking except when it involves bad faith in an to attempt to deprive a registered domain-name holder of a domain name (paragraph 1 of the Policy).

In light of the aforesaid, and taking into account that the Complainant satisfied paragraphs 4(a)(i) of the Policy, the Panel judges that the present Complaint does not constitute a case of reverse domain name hijacking…