Whoever is running Donald Trump’s donation campaigns on Facebook is using a lot of the most common internet marketing tricks. It’s a good lesson in Facebook ads that work, and it’s worth reviewing the ads to understand how to get results from Facebook ads.

This first example uses two key strategies. First, put a deadline on taking an action to drive consumers to act now. (This offer actually ran for more than 24 hours.) Second, make the consumer feel like they’ll be part of an exclusive group by participating. In this case, the ad suggests that Donald Trump personally wants to see who donated. 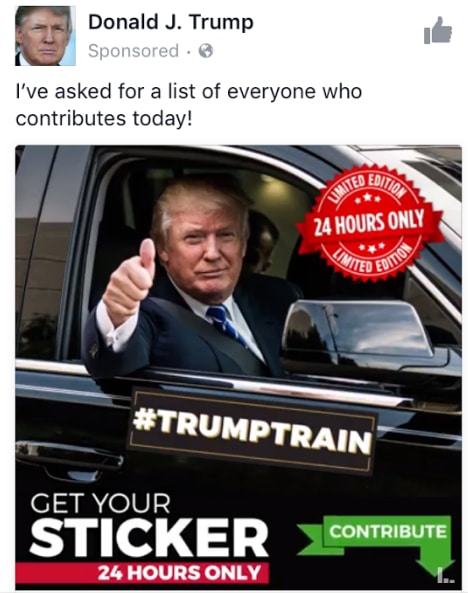 It’s always easier to sell a bigger product after you get customers to make a small purchase. In this ad, the campaign is trying to get viewers to donate at least $5. They’ll be “on the list” and the campaign will have their credit card on file once they do so. (Note: it’s probably illegal for a business to offer a sweepstakes with an entry fee, but you can try to get consumers to buy a small item.) 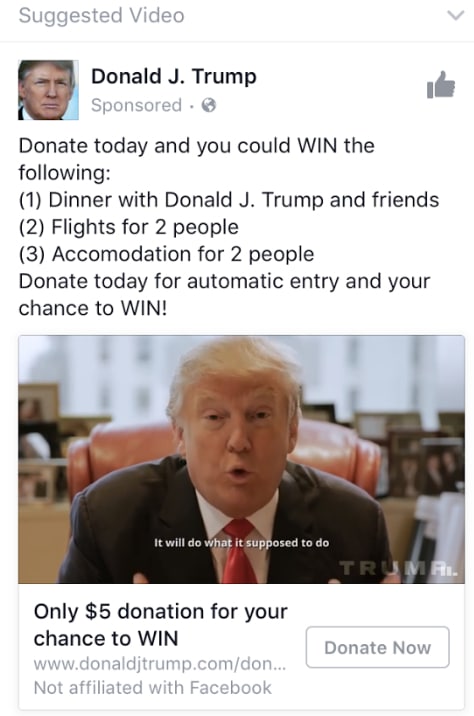 3. The big discount and time constraint

This ad promises a big discount on a Trump Gold card. It’s common in internet marketing to make up an “original price” and then cut it deeply. In this ad that I saw on August 20 it’s 75% off the supposed original price of $200. But it seems that the $200 price changes from time-to-time; a promotion earlier in August offered the card for $35 and showed an original price of $100. Once people click to the promotion they get an air of exclusivity, as they are told that not just anyone can get this card. Also, the fake time constraint is a common internet marketing tactic; as of today you can still get this card for $49. 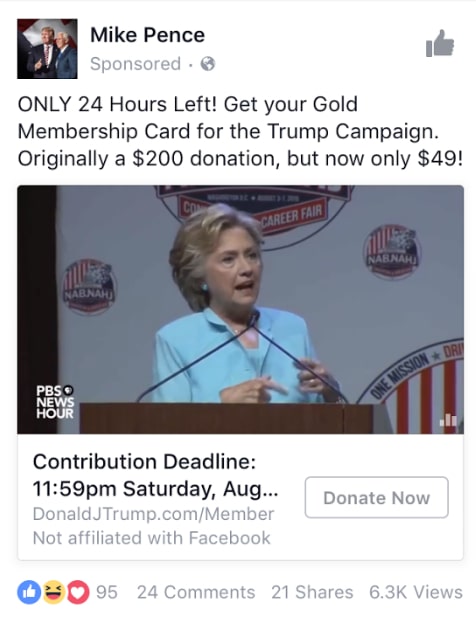