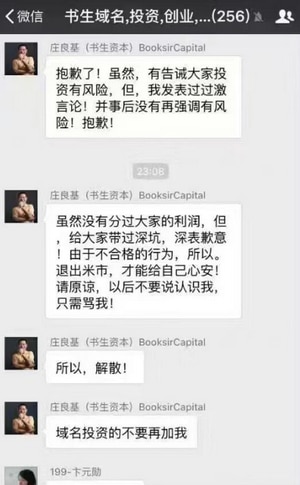 Booksir has a number of other businesses, so it seems like he has decided that domain name investing isn’t where he wants to focus his efforts.

He was scheduled to speak at next month’s THE Domain Conference in Florida, but his profile is not currently on the show’s website.