Presence on list could create a problem for .sport applicant. 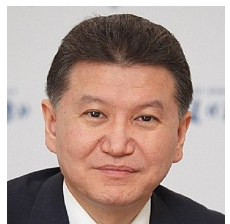 Kirsan Ilyumzhinov, member of the SportAccord Council, is on U.S. sanctions list.

SportAccord, the organization that wants to run the .Sport top level domain name, might have a bit of a problem.

SportAccord was one of two applicants for the .Sport top level domain name. Famous Four Media also applied for the domain, and Donuts applied for the similar domain .sports.

Both of these rival applications were on the losing end of objections, and both are fighting these losses through an Independent Review Panel.

While Famous Four and Donuts fight an uphill battle to get back into the game, SportAccord might have a bit of landmine to deal with.

A member of the SportAccord Council, the “executive organ of SportAccord”, is on a U.S. sanctions list.

Member Kirsan Ilyumzhinov is on the U.S. Specially Designated Nationals and Blocked Persons list for assisting the Government of Syria. The U.S. Department of the Treasury’s Office of Foreign Assets Control (OFAC) added him to the list in November, announcing:

Kirsan Ilyumzhinov was designated today for materially assisting and acting for or on behalf of the Government of Syria, Central Bank of Syria, Adib Mayaleh, and Batoul Rida. Ilyumzhinov is a wealthy Russian businessman, former president of the Russian Republic of Kalmykia, and long-time World Chess Federation president. He is linked to financial transactions involving Khuri-associated companies as early as 1997 and owns or controls the Russian Financial Alliance Bank, along with Khuri. An advisor to Ilyumzhinov, then-President of Kalmykia, was convicted in Russia in 1999 for the murder of an opposition journalist who reportedly was investigating an offshore business registration mechanism in Kalmykia tied to Ilyumzhinov. Russian authorities subsequently closed the offshore business registration mechanism after concluding that it was being used for illegal purposes.

Ilyumzhinov withdrew from legal, financial and business operations of World Chess Federation (FIDE), where he is President, after the sanctions were announced.

ICANN must comply with all U.S. laws, rules, and regulations. One such set of regulations is the economic and trade sanctions program administered by the Office of Foreign Assets Control (OFAC) of the U.S. Department of the Treasury. These sanctions have been imposed on certain countries, as well as individuals and entities that appear on OFAC’s List of Specially Designated Nationals and Blocked Persons (the SDN List). ICANN is prohibited from providing most goods or services to residents of sanctioned countries or their governmental entities or to SDNs without an applicable U.S. government authorization or exemption. ICANN generally will not seek a license to provide goods or services to an individual or entity on the SDN List.

It’s unclear if this would apply to someone on a governance council of an applicant, but it’s possible. SportAccord’s original application for the top level domain name lists council members under section (11)d for people having legal or executive responsibility. Ilyumzhinov was added to the council in 2015, after the original application was submitted.

I reached out to ICANN about this and the group declined to comment.

I also reached out to several employees of SportAccord beginning on May 28. In a phone call earlier this week, one representative said the inquiry had been forwarded to the correct person who was “looking into it”.