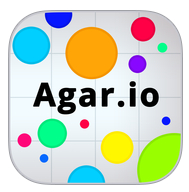 China took a back seat last week. For that matter, so did NameJet. Among expired domain auctions, SnapNames claims the top 3 results. Normally I’d research each of these; but the runner up, Masturbators.com ($8.9k), you can handle on your own.

The top sale does require an explanation. Agario isn’t a word, and it’s neither first name nor surname. Agario.com wasn’t a developed website. In fact, the domain is barely 2 years old. Yes, it’s an attractive “brandable”; but $16.6k would be a high retail price … at a wholesale venue.

1 quick search provides an answer. SERPs are dominated by websites for a “massively multiplayer” game called Agario – that is to say, Agar.io. Although released less than 1 year ago, Agar.io was downloaded more than 10 million times in its first week! Since then, it has been the most searched-for game in Google, and Alexa ranks it 683 among websites globally – between Nike and Nokia, right behind PlayStation, and ahead of Barnes & Noble. Depressing, eh?

While Agario.com might function as an upgrade for the .IO website, it’s just as likely to be built out separately. Currently, Agar.io has spawned related sites at Agariot.com, Agariom.net, Agario.biz, AgarioPlay.org, InciAgario.com, even Agar.bio! That’s just page 1. There are many more dedicated sites along the lines of AgarioGame.com and AgarioSkins.org. All this emphasizes how much keyword placement within a domain still matters. Also, it appears that mainstream consumers often fail to read .IO as a TLD. Across the web, in writing and spoken in video, the game is simply referred to as “Agario”, which tends to lead people either to search engines or to the default suffix, .COM.

JKAnime.com dates back to 2010 as J&K Anime. The website must have been popular to justify $5.5k. Jikoku.com ($3.9k) is Japanese for “time” or “moment”. Marazzi ($2.1k) is a surname; and there’s a tile manufacturer at MarazziUSA.com. CalcItApp.info is probably the worst domain in this whole chart, but that didn’t stop it from garnering $2.3k. For 3 years, this tool was a 3-in-1 calculator, currency converter, and calorie counter. Had it grated carrots and filed our taxes too, the Calc It App might still be with us.

If you know only 5 words of Spanish, HOLA.net ($2.0k) – for “hello” – is probably 1 of them. Padova.com ($7.3k) is an Italian province and city, known in English as Padua. Shakespeare sent his single men there in the days before online dating:

His play, “The Taming of the Shrew”, was adapted as a Broadway musical, renamed “Kiss Me, Kate”. So Padua / Padova gets its own rollicking song:

Not 100% Shakespeare, them lyrics.

BlowDryers.com ($1.3k) is an exact-match category killer. Definitely a wholesale price there. Douceur.com ($1.6k) is French for sweetness, gentleness, softness, ease. SVASE.org ($1.0k) was the “Silicon Valley Association of Software Entrepreneurs” as far back as 1998. Newton.net ($1.7k) is worth pointing out as the 2nd highest .NET sale in these charts. Even though some .COM purists don’t regard .NET as TheRealMcCoy.com ($1.3k) – meaning the real thing – people know it, want it; and it sells.

Hinna.com ($775) might look like a variant of “henna”; but it hails from more northerly climes. To quote Wikipedia, “Hinna is a borough of the city of Stavanger, Norway.” That’s where the buyer resides; so mystery solved. QuanMinTV.com ($790), on the other hand, remains unclear. A matching QuanMin.tv website fails to resolve, although it’s indexed in Google as the first result for “quan min”. The best I can do is look up quán mín (全民), which is Chinese for “entire population”. HengJi.net ($709) means “whisper” (hēng ji / 哼唧).

4 domains with hyphens sold between $810 and $912, alongside another pair at $600 / $525. With the possible exception of Boat-Insurance.com ($810), which defines a lucrative category, it’s hard to make a case for value apart from residual link juice.

Cortexa.com ($412) matches the name of a British e-learning provider. I might have added a home-automation company; however, they seem to be defunct, since their website says customers “will no longer be able to connect to their Cortexa Systems”. Fabricat.com ($405) means “product” in Romanian; and the word is used in .RO websites. Aside from that, there’s a .DE Fabricat selling underwear, and a FabricatIreland.com selling structural steelwork.

Wait, does the Chinese zodiac have a YearOfTheLung.org ($360)? No, my child. On behalf of the whole human race, 1500 people on Facebook declared 2010 the “Year of the Lung”. Surely you remember the fireworks, the feasts, the parades.

14 domain names to backorder this week

NameJet and SnapNames inventory to become one