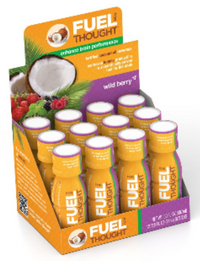 The current owner of the domain name acquired it in 2007. Cognate Nutritionals filed an intent-to-use trademark application in 2011.

In other words, it was impossible for the domain name owner to have registered it in bad faith with Cognate in mind.

In this case, Complainant not only acknowledges that it obtained its trademark registration years after the disputed domain name was registered, but fails to make any argument that it might have secured common law rights in its mark prior to Respondent’s acquisition of that name. Moreover, the mark itself is not distinctive, but is composed of a common descriptive phrase. Finally, Complainant has furnished the Panel little evidence bearing upon the scope and prominence of the trademark at issue, effectively negating any basis upon which the Panel might conclude that anyone, including Respondent, is out to infringe upon the mark.

The complainant was represented by Karin A. Gregory. John Berryhill represented the respondent.

The problem with not finding reverse domain name hijacking