A guide and case study for naming a business. 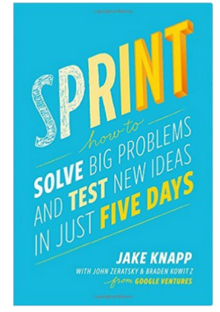 Out of fairness to the authors, I’m not going to recap the entire guide. But I’ll highlight some interesting takeaways from it.

Names that are too specific can be problematic. The company considered its long-term plan and decided to avoid anything descriptive of its current technology so it wouldn’t pigeon-hole the company in the future.

Come up with themes before individual names. Rather than immediately brainstorming possible company names, the team came up with themes or concepts for the company, such as mythology, data words and superpowers. It used these to generate specific names.

The kicker: the team was able to hand register ElementScience.com.

I just ordered Sprint today, so I haven’t had the chance to read the book. But I think the naming guide and case study is worth the price already.

(Thanks to Lisa at myRollcall for the tip.)