Online course will help new domain name investors get up-to-speed in a hurry. 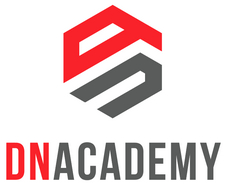 I’m always a bit wary when someone releases a course about investing in domain names. There are a handful of people selling domain names as a get rich scheme, and this ultimately harms the industry.

DNAcademy covers the domain name investment opportunity, including buying and selling domain names, figuring out which domains to buy, running your domain investment business, and how to value domain names. Much of the course is dedicated to valuation, and going through it prior to investing in domain names will save people a lot of money by avoiding bad investments.

The course also includes video tutorials about how to use tools such as DomainIQ, Wayback Machine and ZoomInfo.

I wouldn’t recommend the course for everyone. It’s designed for newbies and perhaps intermediate investors. Uniregistry is even using a modified version of DNAcademy to onboard its new employees and get them up to speed on the business of domain names.

Cyger is himself fairly new to the industry, but he’s a voracious learner and has turned his knowledge into real money. He has interviewed some of the most successful people in the industry to build his knowledge. He started earning $20,000-$35,000 a year investing in domain names, until last year. Last year he sold about $230,000 in domains.

He wasn’t early to the game, nor did he get lucky. Instead, he learned how to spot good domain names and how to market them for sale. And while he’s not turning in Rick Schwartz-like numbers, new investors shouldn’t aspire to be Rick Schwartz. You aren’t able to travel back in time and hand-register domain names in the 90s. Coming into the market in 2016 requires a different strategy.

The basic version of DNAcademy is $349, and includes a year of access to the course. The Pro version is $499, and includes a private forum and regular Q&A webinars with experts. The ability to ask questions and get detailed answers in the private forum makes this worth the extra cost. I think novice investors can recoup this value quickly in terms of time saved and money saved not buying bad domain names (or finding a good one to flip).

Cyger is offering a $50 discount using the coupon code SHERPAFAN. (I’m not compensated in any way if you buy the course.)