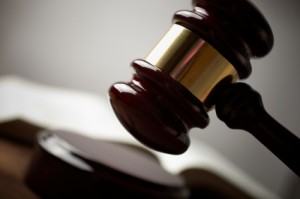 Last week, Judge John F. Anderson granted Original Web Ventures’ motion for summary judgment in a fight over the domain name MySchool.com. In doing so, he dismissed claims by Joseph Carpenter, who owns MySchool411.com, that Original was cybersquatting by owning MySchool.com.

I’ve just obtained the transcript (pdf) of the hearing on October 26 at which Anderson made his ruling. Anderson is a judge in Verisign’s backyard, so he’s very familiar with cybersquatting cases. This shows in his decision.

Here are some of the interesting parts of the hearing:

Remember when you were late to class in high school and tried to make excuses about dropping your books and having to pick them up?

Carpenter’s attorney Steven Rinehart showed up 18 minutes late to the hearing. The judge was unimpressed, and even more unimpressed with Rinehart’s excuses. Take a look on page 9, starting on line 9.

Earning money isn’t use in commerce?

Rinehart tried to argue that parking MySchool.com didn’t constitute a use in commerce. The domain name makes about $700 a month in parking revenue. Judge Anderson asked how the domain wasn’t used in commerce if it was making $700 a month:

“I mean, I don’t understand why you would say that them making use of the domain name that generates $700 a month income for them isn’t use in commerce.”

Every word is trademarked.

Judge Anderson took issue with that. The entire exchange is worth reading.

MR. RINEHART: No, we’re also saying that his deposition establishes that he generally acquires this notice and that the domains that he sold show that he, he traffics in trademark domains and that he knows this, his deposition knows this.

THE COURT: And some of those names are things like thugs.org, billie.org, Gatsby, Gecko, snuggle, bonny, asteroids. Those are all ones that you say show that he is a, registering in trademarked domain names?

MR. RINEHART: Some of the domain names have more descriptive uses than others.

MR. RINEHART: We have tried to point out the domains that trademarks insisted on. However, there’s also
fujisan.net. There’s iweb.org, there’s —

MR. RINEHART: Some of these are more clear trademark violations than others, Your Honor, but there are some on here that could not be used for anything but to sell to the registered trademark holder: Selfiestick; Comeaux; worldseries.net, this is trademarked by the, you know, the National Baseball League; fountainebleau, spelled the way that it is trademarked in both U.S. and Canada.
And so we submitted the domains that have trademarks on them, recognizing that not all of these would be found to be trademark infringement if litigated over, but I think some of them would, and that combined with the admission of the defendant that he knows these domain names are trademarked. The defendant may think that U.S. cybersquatting law isn’t fair or that he doesn’t have to abide by it in Canada, but it is the law, and it’s meant to protect trademark holders.

THE COURT: Well, yes, that’s true, but the statute requires much more than I have a trademark and the domain name is identical or confusingly similar to my trademark.

MR. RINEHART: It does.

THE COURT: And, you know, that, that’s where the extra protection comes in to people who are registering domain names, and if it was as simple as I have a trademark and the domain name is the same as my trademark, I win and I get it, you might have an argument here, but the statute requires substantially more than that, and there are, as you well know, many people who use the same trademark in different areas of commerce.

MR. RINEHART: Yes, Your Honor, there are.

THE COURT: So Delta Faucets, Delta Airplanes, you know, that, that domain name would be pinging back and forth all the time if all you had to do is show I have a registered trademark and it is the same as my trademark.

Domain Name Wire, on the Record

Judge Anderson also asked about comments potentially made by Carpenter on Domain Name Wire, in which he suggested he was going to run up the legal bills for Original Web Ventures.

Rinehart says that perhaps it was Carpenter’s cousin that made the statements. Rinehart said:

“…these are not records that I think any party would be happy knowing suddenly were in front of a court of law, but they didn’t expect that at the time.”

(Note to people who comment on blog posts: they can show up in the court of law.)