GoDaddy’s headline revenue number in Q1 was up 17.5% year-over-year, but the quarter-over-quarter number isn’t as pretty.

Here’s GoDaddy’s revenue growth each quarter-over-quarter, going back as far as its S-1 filed with the SEC discloses: 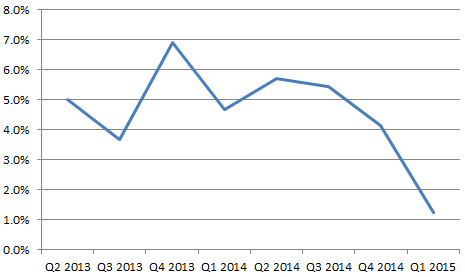 Of course, revenue isn’t the only important number and can be a difficult measure for a subscription business like domain names and hosting. Revenue is recognized over time, not all up front.