.Club is In Da Club.

The survey asked which top new level domain name was the respondent’s favorite, as well as which TLD they thought would get the most domain name registrations.

.Club was the runaway answer to both questions. Its heavy marketing and early results (about 200,000 registrations to date) certainly put the domain top of mind.

Responses weren’t limited to already-released domain names, and the unreleased .web domain name came in second on both questions. That domain might be a year or two away from availability.

Third place was distant, with a handful of votes for .app, .nyc and .xyz.

Respondents were asked how many domain names, on average, they expect each new TLD to have after one year of availability. The median response was 10,000. 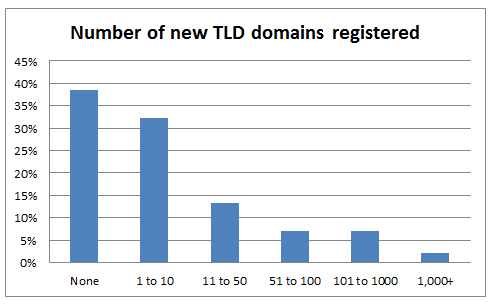