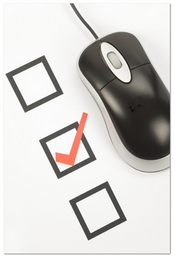 Despite all of the changes in the internet naming landscape, or perhaps in spite of it, respondents to this year’s Domain Name Wire Survey are bullish on domain name values.

61% said they think domain name values will go up in 2015, compared to just 9% that think they’ll go down. The rest think they’ll stay about the same.

The initial question did not distinguish between existing TLDs and new ones.

51% of respondents think that new TLDs are hurting the value of non-.com gTLDs such as .info and .biz.

Marketplace sellers are evenly split between those that list with “buy now” prices or “make offer”, with many also reporting they do some of both.