Company brokered over $30 million worth of domain names last year.

Domain Holdings reported today that it sold $8.1 million worth of domain names last quarter, bringing its 2014 tally to $31.0 million.

The fourth quarter number was down slightly from a strong Q2 and Q3 ($9.9M and $9.6M, respectively) but still strong compared to Q1 2014 and prior.

77% of the company’s sales in Q4 were .com domain names, and the same percentage of names had 10 or fewer characters.

The company doesn’t report median sales numbers, but does report a modified average that throws out the top and bottom five sales of the quarter. Last quarter its average was $26,323, down a bit from previous quarters.

China continues to fuel growth for the company: 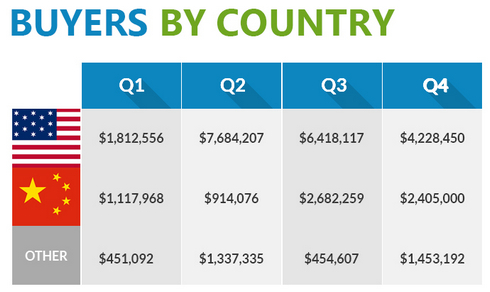