Major League Baseball adds one domain name to its collection, but three still elude it. 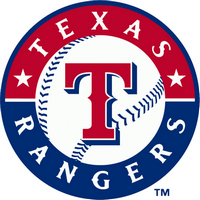 The Texas Rangers are now found at Rangers.com

I’ve been watching MLB’s team names for a while as they’ve slowly tried to complete their collection. As of 2013 they were missing just four domain names. At the time, I said Rangers.com probably wasn’t obtainable because the owner, Future Media Architects, doesn’t sell domain names.

But that changed last year. Future Media Architects started selling domain names, and MLB picked this domain name up right around the end of the year.

Giants.com – you’ll find sports at Giants.com, but of the football variety. The domain is owned by the National Football League for the New York Giants.

The latter two are obviously more obtainable than Giants.com.