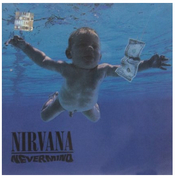 Nirvana LLC — the company that owns the intellectual property from the late grunge band Nirvana — has won control of five domain names registered by an Australian man.

Wilcox argued that he registered the domain names because of the concept of nirvana. However, his actions in negotiating a settlement with Nirvana certainly made it look like bad faith.

After saying he had out-of-pocket costs of about $2,500, Wilcox requested $1.5 million to transfer the domain names.

He later tried to justify the $1.5 million price tag (and threat of using the domains if no settlement was reached) by explaining that the $2,500 did not include “man hours, concept consolidation, trademark applications, future projects, and the amount of knowledge that the Respondent has about drums.”

That’s an awful lot of knowledge.

Wilcox also noted that Nirvana “is a considerable financial juggernaut”, a statement that will always look bad to UDRP panels.

Elizabeth Taylor Wants Her Name Back