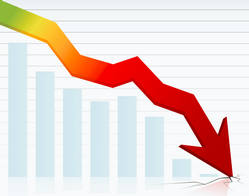 ICANN has slashed the number of new top level domain name registrations it expects during this fiscal year for budgeting purposes, but is its picture still too rosy?

That’s a question that members of the Registrar Stakeholders group asked ICANN’s board last week in Los Angeles.

In May, ICANN set a draft proposed budget for the 2015 fiscal year, which runs from this July to June 2015. Its revenue forecast from new top level domain names included a startling number of second level registrations under new TLDs: 33 million.

It has since revised the forecast down 55% to just 15 million.

Given results so far, it hardly seems likely that 15 million new domains will be registered in new TLDs before next summer — even if you include registrations occurring before the fiscal year began. There are currently about 2.8 million registrations.

Domain registrars are concerned that they’ll get stuck holding the bag if revenue comes in below target.

New TLD registries pay ICANN a fixed fee of $6,500 per quarter ($25,000 per year). If they have more than 50,000 “transactions” in a year, they pay 25 cents per domain. Transactions are actually domain-years, not registrations, but ICANN’s budget refers to a number of domains registered as an assumption in its forecast. I’m not sure how ICANN calculates this in the budget; they must be assuming a certain number of TLDs cross this threshold.

Should domain registrations come in below forecast, then ICANN will have a revenue shortfall. The easiest place to make that up, the registrars fear, is by increasing the variable registrar fee on domain name registrations. That’s the 18 cent “ICANN Tax” you usually see passed on to the customer.

It certainly seems that ICANN should be planning for a lot fewer registrations than are in its budget.

56 new TLD contracts signed, Donuts has more than half