Ward moves from Directnic to Uniregistry. 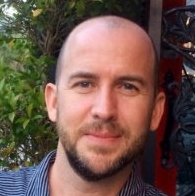 Ward will be in charge of registrar growth, marketing, and product support for the registrar side of the business.

This was a smart hire for Uniregistry. Ward has experience with many parts of the domain name ecoysystem and has a solid reputation in the industry.

He most recently served as Chief Operating Officer for DirectNic, a large and growing domain name registrar. He was key to building the registrar’s stable of country code top level domain names and growing the brand.

Prior to DirectNic, he worked for domain parking platform Parked.com. Both companies had common ownership for awhile.

Also, last week Uniregistry announced that Vern Jurovich has rejoined the company. Jurovich was Frank Schilling’s early partner. A press release just out says that he will be Chief Operating Officer.