“If you build it, they will come.”

Not if they don’t know you’ve built it!

Although there are close to 200 new top level domain names on the market, dozens of them niche domains for particular industries, very few people know about them. I’d bet fewer than 1% of business owners have ever heard of new TLDs, let alone most of the niche extensions.

New TLD backers need to get in front of business owners and explain their domain names face-to-face.

That’s exactly what Donuts is doing at the WWDMagic fashion event in Las Vegas this week.

I’m not going to write about every company that exhibits at an industry conference, but I think this is unique enough at this point to warrant covering. Donuts also recently exhibited at a photography even in the UK.

Here’s a picture of Donuts’ booth, which promotes its fashion domains including .boutique, .shoes and .clothing. 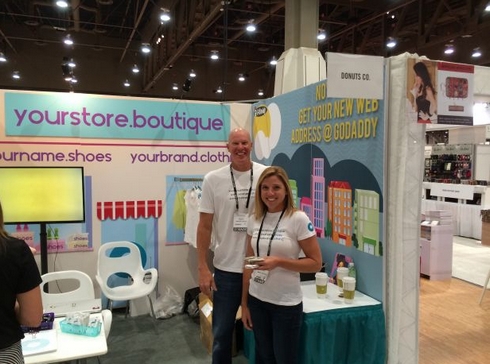