Here are some ads for the .London domain name spotted in London during the ICANN conference. 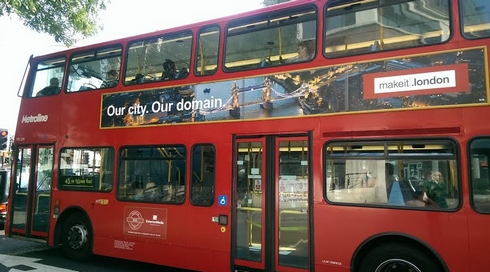 I spent last week in London at the ICANN meeting.

This was interesting timing because the city is gearing up for the launch of .London, which should prove to be a strong new TLD.

The open nature of the domain gives it a wider buying audience than .nyc (assuming .nyc is tough on nexus). As a geo domain, it will get a lot of local press.

I think it’s possible that this domain could approach the 100,000 registrations mark in due time. If it fires on all cylinders. 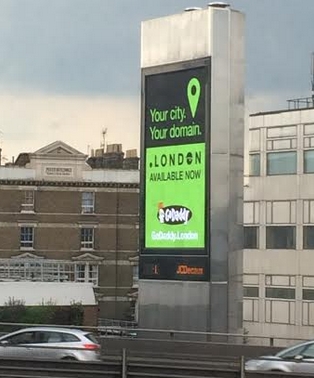 A lot of companies in London associate themselves more with England than just one city, too.

GoDaddy (see ad to right) is offering .London domains for $59.99. Minds + Machines, which is a backer of .London, is offering domains during the priority registration period for $50.

.London, .NYC and new ways to calculate the success of a TLD