Scenes from the first day of ICANN 50 in London.

Close to 3,500 people registered for the ICANN 50 meeting in London this week, making it the biggest domain-name related event ever.

The surge in attendance has to do with a confluence of events, especially the U.S. government’s recent plans to eventually no longer be involved with the contract related to IANA functionality.

ICANN books meeting venues well in advance, so it wasn’t able to switch up venues to accommodate the crowd. That’s led to some crowded hallways and meeting rooms.

Here are some pictures from around the ICANN meeting on Monday. 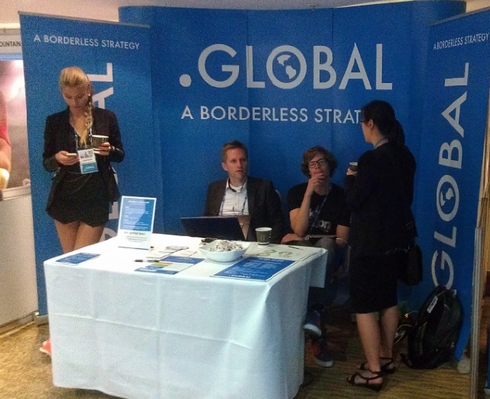 Holding a live auction for a unreleased domain extension is a gutsy move. Fortunately, .Global has Monte Cahn involved to stir up some bidders.

Information, including how to bid online, is available at auction.dotglobal.info 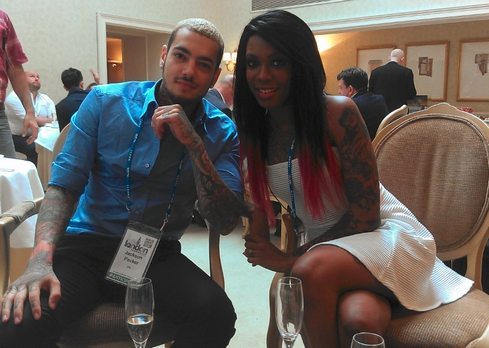 The extension is geared to more than just tattoo fans: printers, ink companies, PR…the list goes on. It’s an unusual extension in that it’s a niche name with multiple connotations. 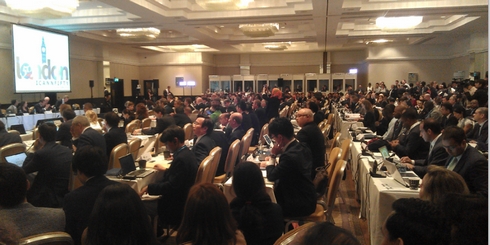 That was the official name of this marathon session running from 10:30-7:00. That’s HLGM for short, ’cause everything at ICANN has to have an acronym.

The meeting room was standing room only at first, but ICANN had an overflow viewing room. 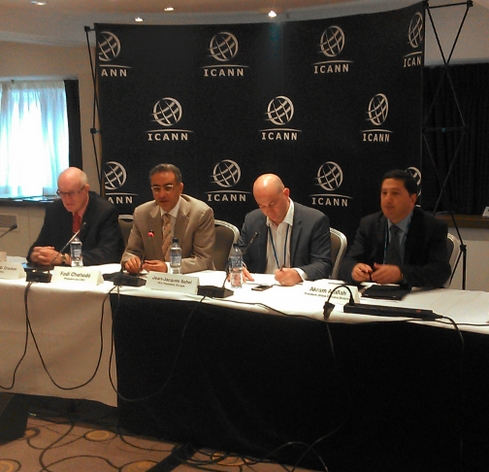