My long relationship with Moniker is coming to an end due to irreconcilable differences. 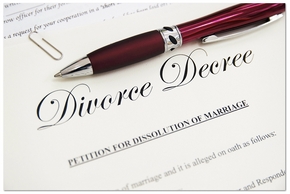 I’ve been a Moniker customer for a decade. Probably longer.

I haven’t been a completely satisfied customer, but I have been a content customer.

Until a week ago. That’s when Moniker flipped the switch on its new system. It completely scrapped the old Moniker we all knew. It replaced it with KeyDrive’s reseller platform.

Unfortunately, the transition has been an unmitigated disaster.

When it comes to my own domains and account, I decided to sit on the sidelines for the first week after the system switch. I didn’t have domains that were expiring soon, so I wasn’t in danger of losing any. Yes, I was charged for domains that had already expired, but that can be fixed in due course. So I figured I’d let others work out the kinks in the system.

Later this week some of my domains expire though, so on Monday it was time to take action and figure out what to do about this mess.

I don’t want to renew domain names that expire this week. I previously set them to not autorenew, but Moniker lost all of the autorenew information when it switched to the new platform. It unhelpfully switched them all to autorenew.

Fortunately, I have Moniker’s old weekly emails telling me which domains were coming up for renewal and the autorenew settings on them. These emails allowed me to go in yesterday and “fix” all of the domains that were wrongfully set to autorenew.

This is a pretty big breach of trust. It seems Moniker simply lost the autorenew settings. Or it’s choosing not to fix them itself.

On this issue alone, I’m dumbfounded that Moniker hasn’t contacted its clients to alert them that they need to reset all of their autorenew settings.

Maybe I shouldn’t be so surprised. Throughout this entire disaster, Moniker has posted just one tweet. One.

Having to change autorenew settings is just one example of customers being forced to clean up a mess created by Moniker’s lack of preparation.

Many of us were charged for domain names that had expired previously. I was charged for two. (I think I was only charged for two. I’ve found at least five other domains in my account that were set to expire that are now showing as renewed for another year.) I received a refund for one, but had to open a support ticket for the other.

I’ll probably get a refund at some point. I opened four tickets on Monday morning. They were not responded to by Tuesday afternoon so I called in to talk to support. The support rep had to escalate the refund ticket. (I really feel for Moniker’s frontline support people right now. They must feel beaten down.)

Lots of other things are broken. There’s no status or communication about when they’ll be fixed.

Whois privacy emails bouncing. Domain names no longer working with AfternicDLS and SedoMLS. The wrong currencies denoted on invoices. It appears all invoices prior to the transition have been lost. Credit invoices don’t show up in your account.

Moniker clients lost a system they liked. It has been replaced with a system that annoys them daily:

Those aforementioned renewal notices that don’t tell you if the domain is set to autorenew. Or when you fix Moniker’s autorenew settings on your domains and get a confirmation email…you get a separate email for each domain changed in your batch process!

One of the first things I learned in business was that you should include your employees or customers in decision making processes when it comes to change. Even if you don’t take all of their suggestions, they’ll feel committed to the change you implement.

I don’t think Moniker did this.

Moniker surely knew it would lose some customers over its cost-saving decision, but it’s losing a lot more than expected due to its own ineptness.

I’m one of those customers. It’s not because I can’t handle change. I can look past a short blip and having to clean things up a bit.

I’ve lost confidence in the integrity of Moniker’s systems.

This is going to be easier said than done thanks to a change Moniker made when switching to the new system: you can’t get transfer authorization codes in bulk.

One of the reasons I don’t use eNom for many of my domains is because you have to request transfer authorization codes one-by-one. I don’t want to put my money in a bank that makes it hard to take the money out.

Now Moniker is the same way. They’re “working on it”, but understandably enabling bulk authorization codes is probably low down on its list.

For that reason, I guess I’ll end be a Moniker customer a little bit longer. Hopefully not too long.

How to Save Money on Your Domain Renewals