Moniker’s interface is being retired.

A big change is coming for Moniker customers.

The registrar will soon switch it user interface to one very similar to DomainDiscount24.com, another registrar within the KeyDrive family of companies. KeyDrive acquired Moniker in 2011 but has barely touched the site design.

In fact, Moniker.com’s interface hasn’t been touched in years, and frankly it’s time for a change. When you transfer domain names out of Moniker you get a notice dated in 2004.

I recall Moniker doing some sort of upgrade after it was purchased by Oversee.net, but they didn’t touch much of it.

That said, Moniker’s interface is very fast. Bulk operations are easy, too. I hope the new interface has the good characteristics of Moniker.

Here’s a look at DomainDiscount24’s interface (with Moniker logo), which may be what Moniker customers have to look forward to. 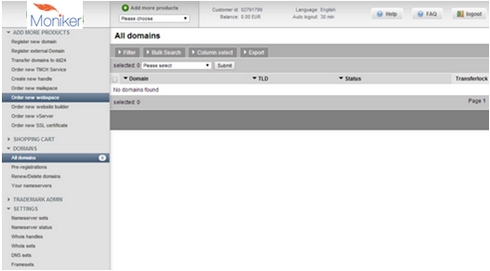